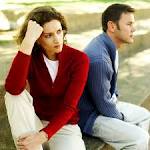 As if the heartache of divorce wasn’t hardship enough, it appears that women enduring marital break-up may also have to deal with hair loss.

New research reveals that, genetics aside, the next strongest predictor of midline (central) hair loss among women is their marital status, with the loss of a spouse (through either divorce or death) raising the risk for thinning hair above that of married or single women.

“Most likely, stress is the aspect of a troubling divorce that appears to lead to hair loss among women,” noted study author Dr. Bahman Guyuron, chairman of the department of plastic surgery at Case Western Reserve School of Medicine.

Excessive drinking and/or smoking also appear to boost the risk for hair loss among women, the study found.

Smoking and heavy drinking also contributed to thinning locks among men, the study found. But in other respects the two genders were affected differently, with various patterns of male hair loss sparked by overexposure to the sun, cancer history and having a “couch potato” lifestyle, among others.

“What we can say is that we identified factors that appear to both raise risk and lower risk, for both men and women, independent of genetic disposition,” Guyuron said

He is slated to present the findings from two related studies on Sunday at the American Society of Plastic Surgeons’ annual meeting, in Denver.

In the first study, the authors focused exclusively on a pool of 84 female identical twins, all of whom completed lifestyle questionnaires, followed by hormone blood level testing and an extensive photo analysis of their hair. Studies of identical twins can be useful because each twin carries the same genes as the other, ruling out genetic differences as a potential cause for a trait or illness.

Across the temporal area (near temples) of the head, the team found that the more years a woman had smoked the greater the hair loss. A history of skin conditions also contributed to hair loss in that area, while having just a couple drinks per week actually seemed to reduce the risk.

Hair loss in the coronal area (nearer the top) of the head among women was linked to being diabetic, having some form of skin disease and being a current smoker, while being overweight or obese was associated with lower risk of hair loss.

Guyuron said the findings indicate that female hair loss can also be sparked by excessive sleeping patterns, as well as situations commonly associated with stress such as having multiple children and/or getting married.

Women who drank coffee, used sun protection (such as a hat) and were happily married all faced a lower overall risk for hair loss, he added.

The results: in addition to smoking and sun exposure, having a history of dandruff also boosted midline hair loss risk, while cumulative sun exposure and a history of cancer elevated risk for both temporal and coronal hair loss.

Men who didn’t exercise regularly and had high blood pressure also had a higher risk for coronal hair loss.

Men who exercised outdoors a lot also face a higher risk for hair loss, and Guyuron believes sun exposure could play a role there.

“It’s complicated,” she noted, “but it’s not a shock to suggest that various kinds of stress can lead to hair loss. Or that men and women don’t experience stress in the same way, so that their hair loss patterns may be different.”

“And in the end, I am a big proponent of the idea that it’s how you handle the stress that can make a difference,” she added. “The mind-and-body connection is incredibly powerful. It helps to try and keep perspective, put the big things that happen in life, the major milestones, in their place and keep an open mind.”

“Of course, you can still get treatment,” said Day. “You can still go for Rogaine drops or laser hair treatment, for example. There are always medical things that can be done, and one does not preclude the other. But patients also need to try and control what they can control in terms of the way they approach stress and handle situations.”