Helen Flanagan displays bald spot, experts warn her poor diet and lifestyle could be the cause by Gary Heron

IT’S quite unusual that Helen Flanagan is papped looking anything less than flawless.

But the former Coronation Street actress was pictured showing what appeared to be a bald patch and considerably thinning hair.

A top expert for The Hair Centre in London suggested that it could be problems in Helen’s lifestyle that have affected the growth.

Gary Heron, Trichologist (Head of Practice) and Senior Associate of the Royal Society of Medicine, examined the pictures and gave his analysis.

He told OK! Online: “There are two reasons her hair may look like this. The first is a stress orientated hairline where the growth cycle is interrupted, or she could have hormone related hair loss”.

The actress has been warned over her lifestyle [Eamonn & James Clarke]

“Stress, a poor diet, poor health, or a hormone imbalance can all affect your hair”.

Gary added what Helen could do to bring back her thick hair.

“Helen should maybe get checked for problems such as polycystic ovaries or she could be suffering from anaemia. A simple blood test would be able to confirm this”.

“Her parting lines look pretty level and even which suggest the loss isn’t caused by extensions or hair colouring the way clumpy patches would”.

“With considerable treatment over the next 12 to 18 months, I think the majority would grow back,” he finished. 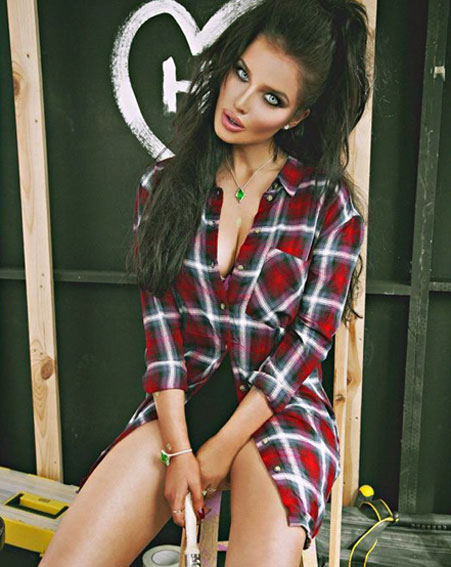 Kristen Stewart has been showing signs of alarming hair loss, which has concerned her friends. (Photo: Reuters)

Kristen Stewart isn’t known for her cheery smile in paprazzi shots, as the star is notorious for her dislike of being publicly photographed, but recent pictures of the actress reveal some shocking hair loss that friends claim may be due to stress over losing Robert Pattinson, the Daily Mail reports.

The 23-year old actress was recently photographed in Berlin, Germany, where she is currently filming her new movie, “Sils Maria”, wearing her long brown hair swept back to the side, noticeably bald in some spots. Hair loss is often a symptom of severe stress, and insiders recently told Now magazine that there is widespread concern over the star in her circles, as her friends reportedly believe she needs a break as she is becoming increasingly overwhelmed after losing her “Twilight” beau Robert Pattinson earlier this year.

“Kristen’s circle are so concerned about her that two of her friends have flown to Germany to see her,” an insider told Now. “They want to take her to a de-stressing yoga retreat on the outskirts of Berlin. They’ve also begged Rob to visit her on set. They fear the stress is getting worse because she’s been trying to make contact with him and he’s ignoring all of her call.”

While conflicting reports over the past month have claimed that Stewart and Pattinson are likely getting back together, it looks as though that may not happen as soon as fans were hoping, if at all. However, all reports on Stewart seem to confirm that the actress has been badly missing her ex-boyfriend, who broke things off with her for good this spring, allegedly because he could no longer trust her in the wake of her highly publicized affair with her then-married film director, Rupert Sanders.

Though the two have remained friends and Pattinson has even visited Stewart’s home in Los Feliz, Calif., it seems as though Pattinson may not be so privvy to the reunion that Stewart has been planning over the past few months. This has taken quite a toll on the star, especially where her hair is concerned. The actress has been seen wearing extensions to cover up her hair loss while on the set of her new movie.

“It appears Kristen has telogen effluvium,” hair expert Gary Heron from The Hair Centre in Westminster said to the Daily Mail. “This means the growth of hair is interrupted prematurely and the growth cycle isn’t as it should be. Her hair is very thin and the loss looks extensive. Kristen is far too young for this not to have been caused by stress. To remedy the situation, Kristen needs to change her lifestyle. She should start eating a balanced diet, which will assist regrowth, and take better care of her hair.”

Click here to see photos of Kristen Stewart’s troublesome hair loss that was captured while paparazzi photographed her in Berlin, on the set of her new movie.

Published September 10 2013. Find a link to the article here.

She’s had a difficult few months following her split from Robert Pattinson.

And it seems Kristen’s traumatic personal life has taken a toll on the 23-year-old actress, who has been seen with what seems to be a large bald patch on her head.

Kristin, who usually conceals her locks beneath hats and caps, was pictured in Berlin, Germany, last month displaying the dramatic hair loss on the right side of her scalp – thought to be down to stress. Thinning locks: It is believed that Kristen’s hair loss stems from the stress she has been under following her split from Robert Pattinson earlier this year That’s better: Kristen’s hair looked fine from the other side, as she wears it swept over

In fact, the hair loss is so severe that Kristen’s friends are said to be getting increasingly concerned about her fragile state of mind. Time for a change: A hair expert said Kristen needs to reduce the amount of stress in her life

A source told Now magazine: ‘Kristen’s circle are so concerned about her that two of her friends have flown to Germany to see her. They want to take her to a de-stressing yoga retreat on the outskirts of Berlin. They’ve also begged Rob to visit her on set. They fear the stress is getting worse because she’s been trying to make contact with him and he’s ignoring all of her calls.’

It was reported recently that Kristen has been trying to arrange a reunion with her Twilight ex Robert, from whom she split earlier this year after their relationship failed to get past her infidelity with married film director Rupert Sanders.

But Robert is said to be unwilling to give Kristen another chance, having decided once and for all that their romance is over.

Kristen has been in Berlin shooting her new movie Sils Maria in Germany, alongside co-star Juliette Binoche. Hiding the evidence: Kristen was later seen wearing her brunette hair tied up into a bun

According to reports, Kristen has been using hair extensions in a bid to conceal the hair loss while shooting the movie.

Hair expert Gary Heron from The Hair Centre in Westminster said after seeing the pictures of Kristen: “It appears Kristen has telogen effluvium. This means the growth of hair is interrupted prematurely and the growth cycle isn’t as it should be.

‘Her hair is very thin and the loss looks extensive. Kristen is far too young for this not to have been caused by stress. To remedy the situation, Kristen needs to change her lifestyle.

‘She should start eating a balanced diet, which will assist regrowth, and take better care of her hair”. Puffing away: Later in the day, Kristen was seen smoking as she enjoyed a day out with her friends in Berlin

Quick change: Kristen changed and wore a shirt and jacket over her white T-shirt Retail therapy: Kristen and her friend were seen heading into a clothes store

Daniel Craig might have won acclaim for his latest ventures as 007 in Skyfall, but he has been reportedly told his receding hairline might jeopardise the role.

Networks executives have warned James Bond actor that failure to curb his hair loss could his suitability for the part. 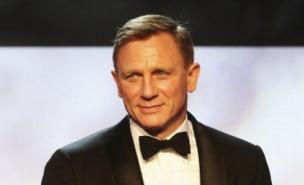 Hair transplant surgeon Dr Asim Shahmalak recommended that Craig, who has played Bond on three occasions  in Casino Royale, Quantum of Solace and Skyfall, should consider getting a hair transplant. The doctor also commented that the receding hairline could be a result of playing such a physical role.

“Like Sean Connery before him, Daniel Craig’s Bond is receding slightly around the temples. It’s obviously a very physical role, and Craig bulks up considerably to play Bond. It’s possible dramatic changes in diet, exercise and his body’s muscle mass will have a knock- on effect on his testosterone levels, and thus his hair,” he told The Sun.

However, he also went on to note that a number of his Bond predecessors, including Timothy Dalton, Roger Moore and Pierce Brosnan, also sported slightly receding hairlines.

It has also been reported that Skyfall director Sam Mendes was keen to have the original 007 Sean Connery make an appearance in the film.

The latest film in the franchise is on course to be the highest-earning Bond movie ever, after taking £32.7 million in the UK  box office during its first week alone.

Contact The Hair Centre and CHECK OUT OUR RESULTS

Reality TV star Diem Brown has uploaded a powerful video documenting her hair loss after chemotherapy sessions. The 30 year old, who is fighting ovarian cancer for the second time, she explained that she wanted to provide a source for other young women losing their hair – something she felt was lacking when she initially did her own online research. She wrote on her People.com blog: “I was curious about the hair loss process. I wanted to see how the hair falling out actually happened.

She says she choose this week to publish her video because she had been “really quite ill and haven’t been able to think straight through the medication haze to write a coherent blog.” She also wanted to lift the lid on the reality of a young woman losing her hair after chemo, so that other women in her position have some idea of what to expect. “It’s a raw, real, no make-up or care of what I look like,” she blogs. “I justed wanted to make my google search contribution, so that future patients Googling hair loss during chemo can see exactly waht happens when you don’t shave it off.”

Diem Brown is founder of MedGift, a gift registry that functions as an online  listing of a patient’s needs, wants  and wishes during treatment and recovery.

Contact The Hair Centre and CHECK OUT OUR RESULTS